It was a Friday afternoon in early Summer and Stephen Colegrave had read my mind when I turned up for the interview. He had just bought a beer.

Read my latest piece for Publishing Perspectives in full below or the original here. Thanks to Porter Anderson for making it so good.

Byline Media is an independent crowdfunded platform for journalism. Its writers have broken major news stories.

An event called Byline Fest opens in its second annual iteration on Friday (August 24) to run through Monday at Pippingford Park south of London, one of the last hurrahs of the UK’s summertime festivals.

Byline’s journalists at times have broken significant news stories, and the site offers readers a chance to contribute funds to support its stories. For example, an article by David Hencke headlined “A N0-Deal Brexit Could Leave Nearly 500,000 Expatraiate Brits With Frozen Pensions” offers chances to “support this column” and to donate to “milestone goals” for overall backing of the site. A “Supporters’ Cafe” offers chances to exchange notes and inquiries with a writer.

is the company’s new publishing offshoot, and it, too, uses crowdfunding for its projects. It’s designed to enable journalists to quickly publish books about current political issues.

Byline Books raised £13,000 (US$16,745) to publish its first original book, A Virtue of Disobedience by Asim Qureshi, who is the research director of the UK’s controversial nonprofit human rights advocacy group Cage. The book—about responses to perceived injustice—was typeset, proofed, and printed within five weeks of the fundraising effort’s end date, April 25, and was ready for its presentation at the British Library three days later. Any profits are split evenly between Byline and Qureshi.

According to Stephen Colegrave, a former Saatchi & Saatchi advertising executive and now co-director of Byline Media Ltd., “At a number of the events that we’ve run, people came up to us to ask if we were worried about damaging our brand reputation by publishing a book associated with Cage.”

Cage has attracted the ire of the British government at times because it has campaigned against elements of counter-terrorism programming the organization deems discriminatory. Its efforts have focused, for example, on the treatment of British prisoners at Guantanamo Bay, and on Prevent, part of the government’s flagship anti-radicalization program, which seeks, as one of its key tenets, to “prevent people from being drawn into terrorism and ensure that they are given appropriate advice and support.” 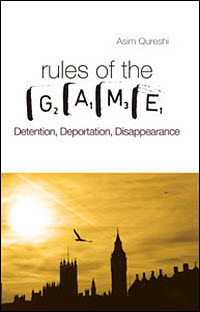 A Virtue of Disobedience is Qureshi’s second book. He has previously edited Rules of the Game: Detention, Deportation, Disappearance (C Hurst & Co, 2010).

His high-profile role at Cage has sometimes put him on the receiving end of some of the UK’s newspaper’s opinion writing, including several pointed articles at the tabloid The Daily Mail.

“Asim did warn us that people might not like his book,” Colegrave says with a laugh, “but at Byline we stand up for things. We don’t have a reputation to burn, because our funders expect us to do things like this. We’ve been sued by The Daily Mail, so we’re quite used to having a tough time.

“For us, Asim’s book was a civil rights handbook for today,” Colegrave says. “That’s how we saw it.”

Byline itself has proved litigious at times. In June, it threatened a defamation lawsuit of Arron Banks, the largest donor to the Leave campaign in the UK’s Brexit politics. 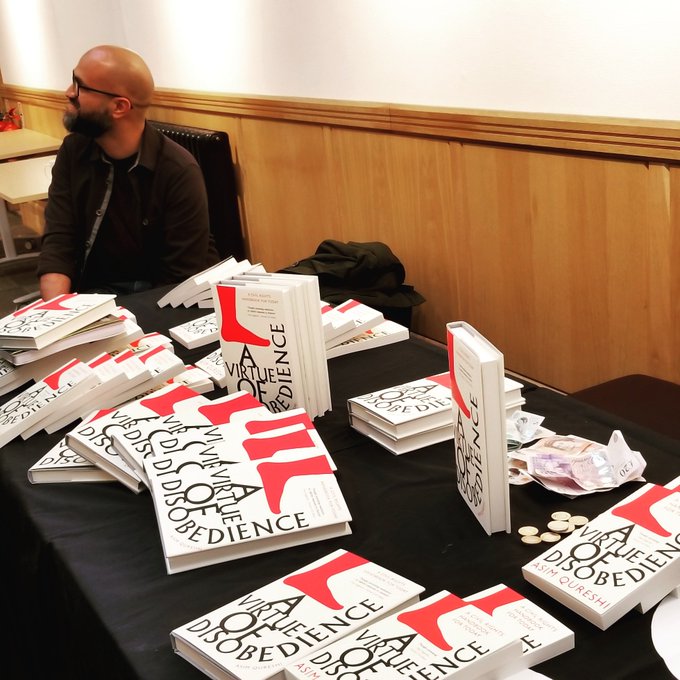 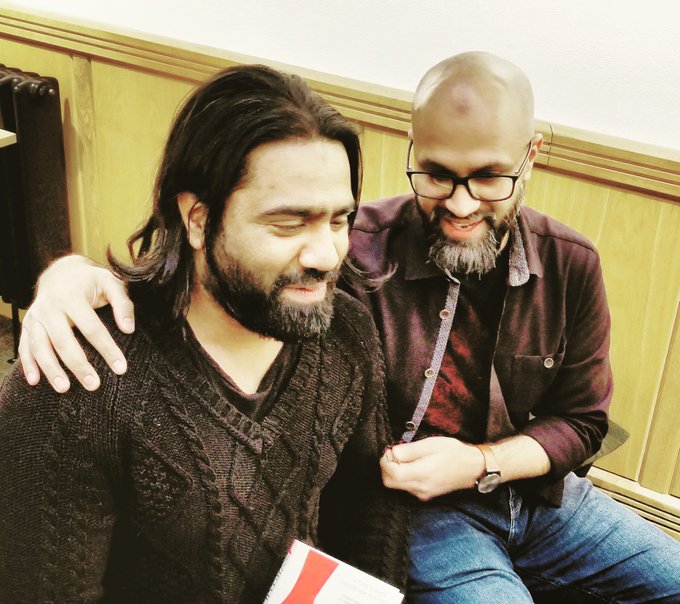 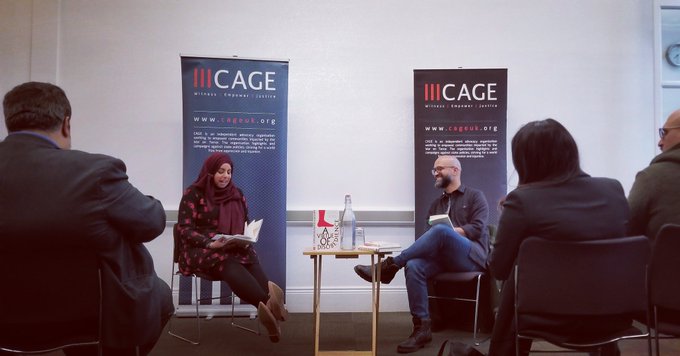 ‘A Book That Wouldn’t Be Published Elsewhere’ 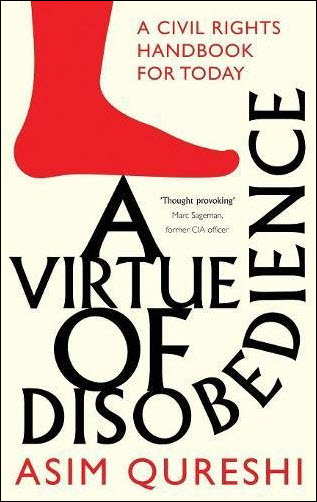 A Virtue of Disobedience is billed as a new work of political philosophy that combines traditional civil rights literature with that of Qureshi’s Islamic faith. In the book, he reflects on the injustices he perceives around him—from food banks to detention without trial and extrajudicial killings—and he interrogates the structures that have brought these into being.

In writing the book, Qureshi says, he’s attempting to reconcile the Islamic faith—which teaches obedience to the state—with acts of resistance and disobedience.

“What provoked the book,” Qureshi tells Publishing Perspectives, “was hearing a sermon by an imam about being obedient to the state. He was saying that as Muslims, we have a duty to obey the state even if it oppresses us and brutalizes us. I really didn’t want my children to hear his message.

“I had to sit in the car afterward and explain to my children that imams don’t always get things right. That we must respect imams, but they don’t always understand the world around them.”

For Byline’s part, Colegrave says, the book fit a criterion of singularity.

“We were looking for a book that wouldn’t be published elsewhere,” he says in an interview in London. “There’s been a narrative put out there that you have to be very careful when you’re writing a Muslim book, [that you must] make sure that it’s not an extremist book. A Virtue of Disobediencehas a narrative that scares away traditional publishers because they must decide whether it’s extremist or not extremist.”

Colegrave says he didn’t seek legal guidance in evaluating Qureshi’s book. Instead, he used his own judgement. “What we were more interested in,” he says, “is whether what this person says make sense. Is it well-argued? Does it add to something of my perception the world?” 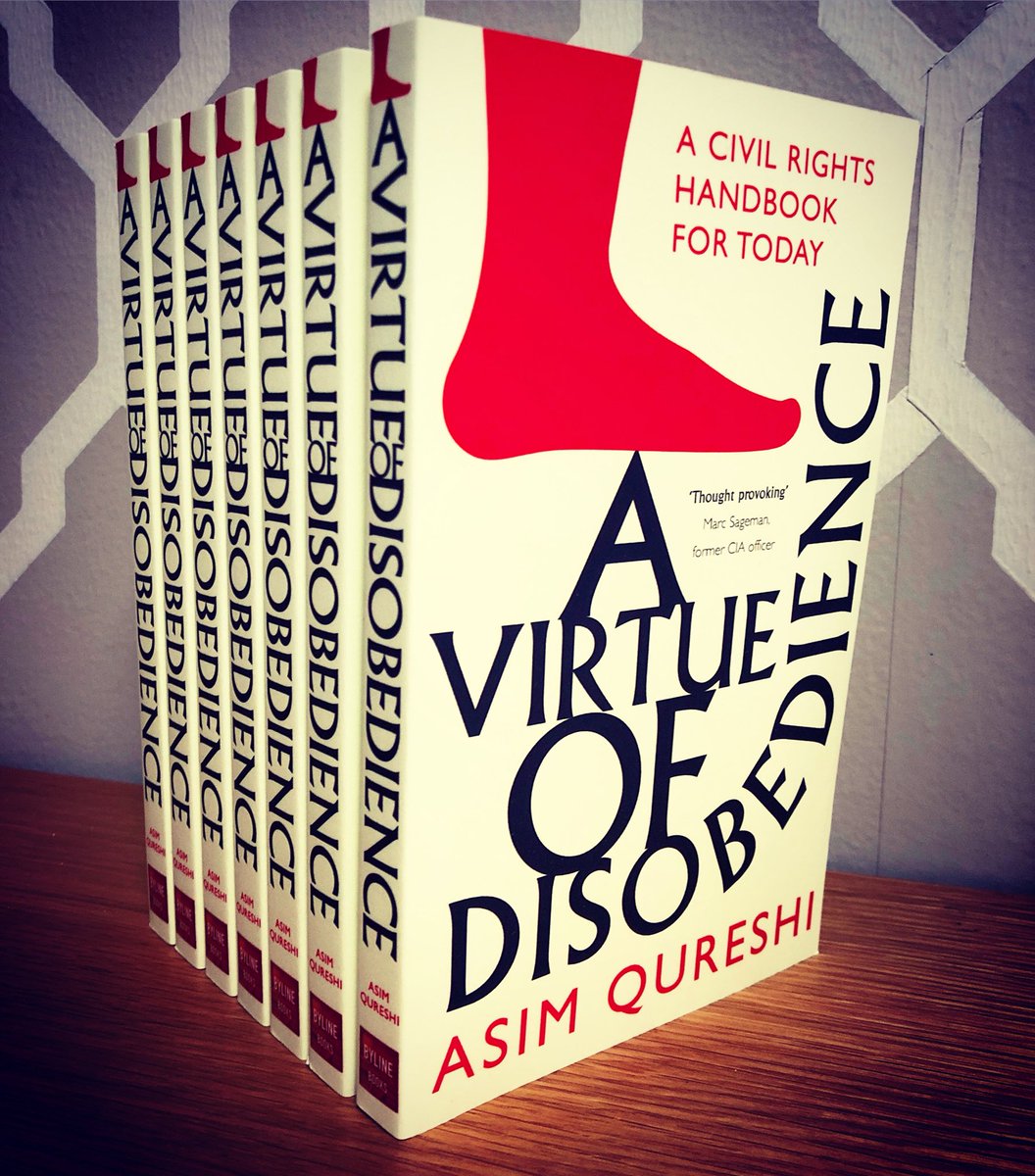 Paperback copies of ‘A Virtue of Disobedience’ have arrived! Looking forward to you all reading it iA. Thanks to @thebrownhijabi for her brilliant poem to start the book. @UK_CAGE @Byline_Media @BylineBooks

Controversy Is Not Always ‘A Virtue’ 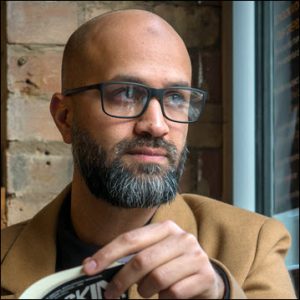 Asim Qureshi says he had his own reasons for choosing Byline to publish his book. “I wanted to have a partner who could understand the politics of the book and stand by it,” he says. “Byline [is a] partner who campaigns against racism. For them, it’s more about values than profit margins.

“I wanted a partner I felt would back me up. I needed to know they were comfortable that I’m on the spectrum of Muslims who believe that we don’t have to apologize for terrorism all the time.”

The initial print run of the book was for 1,000 copies. Within two months of the book’s late-April release, more than 750 copies had been sold in crowd-funding fulfillments and at events. Byline, at this writing, was readying to a second print run for event sales and anticipated interest at Amazon. That second print run was to be a larger run because Byline Books was in talks with booksellers including Waterstones and Foyles.

Byline Books has signed with international agent Jessica Craig to pitch for North American distribution, while Qureshi is supervising translations of the book into Turkish and Arabic.

While some might think that Colegrave and Byline would want a book like A Virtue of Disobedienceto generate media heat and controversy for sales, Qureshi says it’s important to him that this didn’t happen. “Having been at the storm end of negative public attention in the past,” he says, “I wouldn’t recommend it, even for the sake of selling books. With this book, we’ve just tried to be truthful about what it is and what we’re trying to do, rather than specifically trying to provoke a fight.

“We were surprised that we haven’t had any controversy yet” in media coverage, says Colegrave. “We may get more of a response as the book reaches an audience beyond supporters of Byline and Asim. We won’t court [controversy], but if it’s there, then we would use it for marketing.”

At the Byline Festival this weekend, Qureshi will appear in a discussion with with Patrisse Cullors and Jacob Crawford. Cullors is a co-founder of Black Lives Matter, and Crawford is a co-founder of Copwatch, a network of citizen organizations in the United States and Canada that document complaints filed about police activity.