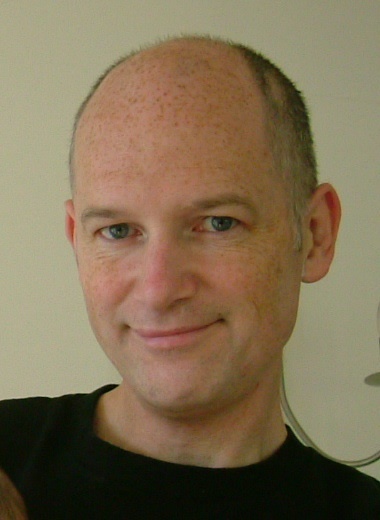 “Amazon is no longer as powerful as it seemed” and is suffering a crisis, argues Charles Arthur, ex-tech editor of the Guardian and author of Digital Wars.

Read my hit – and first of four previews – of the Publishing for Digital Minds conference/ London Book Fair in April for Publishing Perspectives. It got a lot of people in publishing talking.

It appeared on Italy’s Giornale della Libreria as well.

If ever there was a place to proclaim the beginning of the end of Amazon, that nemesis of the publishing industry, then it couldn’t get much better than the London Book Fair.

And this is precisely what Charles Arthur, former technology editor at the Guardian and author of Digital Wars: Apple, Google, Microsoft and the Battle for the Internet, is planning on doing when he presents his speech “Amazon: An Objective Case Study” at the London Book Fair’s Publishing for Digital Minds Conference next Monday.

For Arthur, Amazon is no longer like Godzilla, the enormous, violent sea monster that ravages civilization, “and rather more like Ozymandias, king of kings” in Shelley’s poem, whose proud boast “Look on my works, ye Mighty, and despair!” is rendered ironic by the passing of time and the crumbling of his empire.

“The Kindle has not taken over the world after all,” Arthur says. “The physical book is not dead. It was a big success at gobbling up the eager readers, but the Kindle has stopped reaching new customers, as the reality is that most people don’t read a lot.

“Amazon also has a hardware problem, as the Kindle was its most successful product. The rest of its hardware is really struggling. The Kindle Fire tablet was only successful in the States. The Fire Phone was a disaster. Apple outsells it by some distance in phones and tablets.”

In the cloud storage business that used to be a success story for Amazon there is also a lot of competition driving the price down to close to zero. “After all, Microsoft is a competitor and why would you use Amazon instead of them?”

Furthermore, China has been a disaster for Amazon and now it’s having to rely on rival Chinese giant Alibaba to push its wares.

And the jury’s out on Amazon’s move into video-on-demand as a way to push Amazon Prime, its subscription service, since the “competition is gigantic” in the US, with Apple, Google, Sky and a plethora of cable stations all vying for a slice of the market.

The vision behind what Amazon has been trying to do “wasn’t wrong,” Arthur believes, as “if you have a platform you can control everything. It is just hard to create revolutionary new categories like the Echo [voice command device] or break into existing ones with the Fire Phone.”

But Amazon has been wounded and the sharks of Wall Street are scenting blood. Arthur says there is now “interesting analysis being done on how much cash it actually does generate.” One of the great appeals of Amazon’s stock was even though the company wasn’t making money it was generating a lot of cash.

“However, its free cash flow doesn’t seem as big as it did due to capital leases on property. It is complicated but if you shake it hard enough it is not doing as well as it appeared to be.”

For Arthur it is clear that “Amazon is no longer as powerful as it seemed. While there is no competition in ebooks, it is not as robust as people thought; Google is competing with Amazon in what’s called the fulfillment space, providing people with the thing they want to do. Google also wants to do local delivery, although they are not so good at execution.” Indeed, he says, everyone from Sky to eBay can be counted as competitors of Amazon as well as Chinese online retailers like the aforementioned Alibaba if they gain a foothold in the US market.

“Every dominant company needs to build a moat round its castle. Now there are so many rivals in so many spaces – and scandals like tax avoidance and low pay that don’t help – that their moat is slowly getting filled in compared to ten years ago.”

Arthur doesn’t think Amazon will disappear – not yet, anyway – but it is likely to emerge out of this crisis a much more modest and less powerful beast than it once was.