Berghahn Books on Translation Rights and the Value of English

Even as China is a major part of Berghahn Books’ scholarly books and journal translation rights trade, the prevalence of English in the world, Marion Berghahn says, is a boon.

Catching up on my posts! This is from May.

Check out my interview with Marion Berghahn, founder of the Oxford and Brooklyn based academic publishers Berghahn Books, in full below or the original here.

German-born Marion Berghahn is publisher and editor-in-chief of Berghahn Books, a publisher of academic books and journals with about 20 staff split three to one between its headquarters in Brooklyn, New York, and an office in Oxford.

And in many markets, Berghahn says her focus is to sell English-language rights rather than selling rights to translate them into the local language.

“It’s less and less necessary,” she tells Publishing Perspectives. “German is our biggest market for English-language books in Europe. And German academics write more and more in English, lectures are given in English, so there’s less need to sell in German.

“In India, we’ve been working with Overleaf Books, Orient BlackSwan, and Cambridge University Press India, but it’s very hard to expand there,” Berghahn says. “Our books are too expensive. We need to have special book prices. It’s the same for Africa.

“In India, we’re considering launching a cheaper imprint with a local publisher to open up another market to us.”

Asked about where Berghahn’s strongest international rights markets lie, she says, “Like most small-to-medium businesses we can’t afford a full-time person for rights sells. So we get eight to 10 requests every month without trying–only responding to requests–mostly from Eastern Europe, Russia, and China. 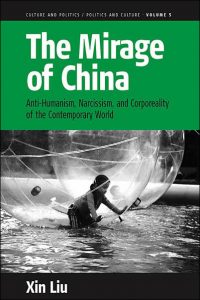 “We sell at least half our rights to China,” she says, “where the books are translated into simplified Chinese. There’s a huge market for translated books in China because not many people read English well and they don’t seem to have problems financing translations. This has grown from three [Berghahn titles]per year to five, and this year we’ve already sold eight [titles into China] and it’s only May.

“We’ve also noticed an interesting ‘switch’ over the last few years from engineering and the sciences toward humanities, and specifically European History, perhaps because they’re doing more business with Europe.

Does government censorship have an impact on the rights sold in China?

“For us,” Berghahn says, “it seems to apply to the kind of books you can sell in China.

“We publish a brilliant book, The Mirage of China, by Xin Liu, a Chinese anthropologist at Berkeley, who takes a quick overview of Chinese culture that we can’t sell in China because it would never pass the censorship regulations. 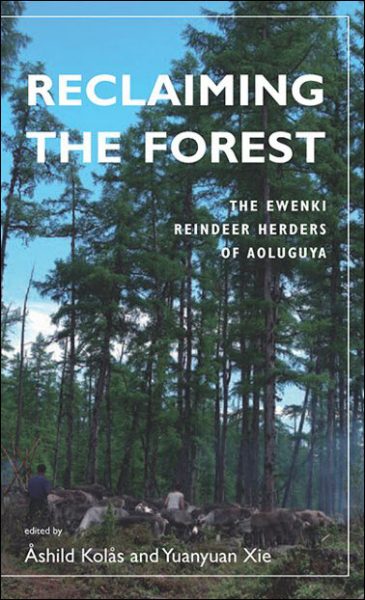 “Anthropology is very safe because you’re dealing with people who are far removed. We publish a very well received book, Reclaiming the Forest, edited by Chinese anthropologist Yuanyuan Xie, about the last reindeer herders in central China at China Agricultural University in Beijing which is totally innocent. If you have something more critical, more about current social situations then you have problems.”

In answer to Publishing Perspectives’ question about whether the rights Berghahn is selling are to state-owned or private publishers in China, Berghahn says, “We sell our rights mostly to university presses which are all state-owned. They wouldn’t touch at all  books that seemed suspicious.

And for now, she says, the Chinese prospects on the rights front look good. “I can’t see why not,” she says. “There’s no austerity and the better known we become the more requests we are going to get.”

“Unfortunately, what we lost in print sales we haven’t regained. Like every publisher [ebooks have] cannibalised our print sales and they haven’t come back.”Marion Berghahn

Speaking of internationalism, Berghahn does the 12-hour commute between New York and Oxford every two weeks.

“When my husband got the job at Columbia University,” where he teaches German history, she says, “everyone was expecting that I would drop everything and become the dutiful wife. And of course I didn’t. Now I have almost 4 million air miles.”

Berghahn was the first member of her family to go to university,” she says. The idea to go into publishing came from her dissertation in anthropology on German-Jewish refugees; several of those she interviewed were involved in publishing and some of them suggested that she join their firm after she finished her PhD. But she decided to go her own way.

In 1983 she founded Berg Publishers, an academic publisher based in Oxford. Eleven years later, she founded Berghahn Books, which now publishes about 130 new social science and humanities titles yearly in hardback print and simultaneously in ebook, as well as 50 or 60 in paperback, and 40 journals. 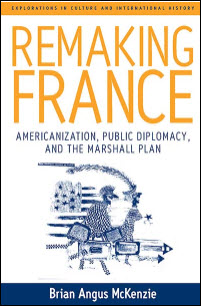 The house has a strong profile in European History and Anthropology. Berghahn won the AAA Executive Director’s Award of Excellence for Publishing in anthropology.

“Ten years ago we were publishing about 50 books a year,” she says. “Now 130. We could grow quite a lot more, but we’re very cautious in these uncertain times, especially my daughter.” That’s Vivian Berghahn, who’s managing director of the New York part of the business and editorial director of Berghahn Journals.

“This is particularly the case in the States, where we’ve been suffering from tremendous library cuts and university budget cuts. It’s pathetic when you think back 10 years ago when we printed and sold 600, 700, 800 monographs. Now, we’re down to 300 to 400.

“In a way it works in our favor,” Berghahn says, “as we can keep our overheads rather low because we’re a family business. We don’t have expensive CEOs who expect fantastic bonuses. My eldest son is our webmaster.”

And in terms of digital’s effect on the business, “We’re working with six to seven ebook vendors and ebook sales have now established at 20 to 25 percent of our sales,” says Marion Berghahn. “It’s fairly reliable that’s what’s nice about it.

“Unfortunately, what we lost in print sales we haven’t regained. Like every publisher [ebooks have] cannibalised our print sales and they haven’t come back.”