British Comics Publishers: ‘We Want To Do More Comics’

‘Comics are one of the few things that kids get to choose themselves,’ says one panellist at London Book Fair, as British comics publishers talk about transitions and growth in their industry.

I am way way behind in posting my work up on my site. My only excuse is that I am planning to redesign it, but I never seem to have the time!

Anyway, check out the second part of my coverage of the London Book Fair for the New York based Publishing Perspectives in full below (with some of my own pics) or the original here.

‘It Takes Some Ingenuity’

“If you want cultural icons to last 100 years, then an individual can’t do it. You need a company to support that. The future of British comics is finding that balance.”Ben Smith, Rebellion

Today, the influence of comic books is everywhere, from supermarket shelves to cinema screens. Yet whether it’s Superman or Deadpool, these are mostly the products of American companies and, more often than not, American creators.

In contrast, the British market might appear to be in decline. But that might be about to change with British companies such as Beano, Rebellion, and The Phoenix saying they’re determined to take on the American giants.

Publishing Perspectives covered a panel at London Book Fair called Rebels and Empires: The Future of British Comics, in order to hear what the key players behind these brands had to say. 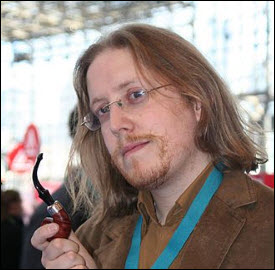 Here are some of the comments, starting with panel chair and journalist, Rich Johnston, founding head writer at the comics news site Bleeding Cool.

“So let’s talk about distribution,” Johnston said, “newsstand vs. bookshop vs. online. How has Beano changed the way it delivers its content to readers?” 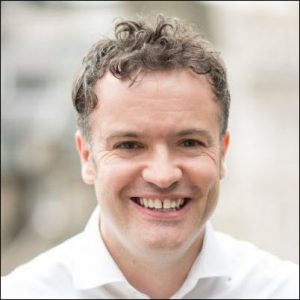 Mike Stirling, chief of Beano Studios, responded, “In some respects it has changed because what we’re producing at Beano Studios is free to access via the app and beano.com. We still publish the Beano comic weekly and it’s the cornerstone of everything that we do.

“It’s challenging on a newsstand at the moment because you have high-powered licensed titles that are cover-mounted every week. They can do well over the short term but strangle longer-term investments by publishers. Magazines and certainly comics are potentially loss leaders for the supermarkets.

“It takes some ingenuity to find your customers. We go into schools constantly. We give a lot of free copies. We have a large and growing subscriber base, but the newsstand is a great billboard to new audiences. Comics are one of the few things that kids get to choose themselves.” 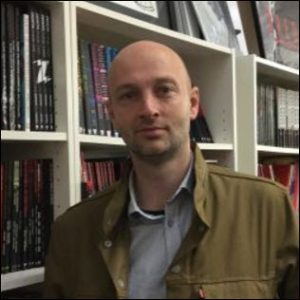 Ben Smith, head of books and comics publishing with Rebellion, had an answer involving a broken relationship with readers.

“In the 1990s,” Smith said, “all the comics closed and you had a whole generation of kids growing up without reading comics and the bond was broken.

“The flip side to this is that the format of graphic novel collections is growing while the newsstand dies. You need to find new ways to your audience.

“The Beano Annual is beating properties like Star Wars,” Stirling said. “The medium is very strong.” 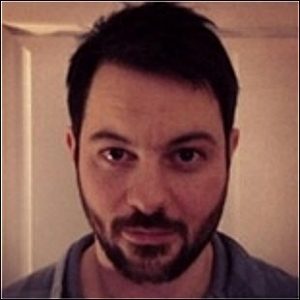 Tom Fickling, editor-in-chief with The Phoenix, said, “We’re in very few shops for all the reasons outlined already.

“The main supermarket we’re in is Waitrose. We’re in Waitrose not because we have some kind of middle-class, Guardian-reader banner, but because they happened to think that The Phoenix was a cool idea and helped us circumvent some of the normal ways of getting into a supermarket.

“We’re very much subscription first, even down to the special envelope it comes in. Newsstand is just a way to grow the subspace and it pays for itself in that way.” 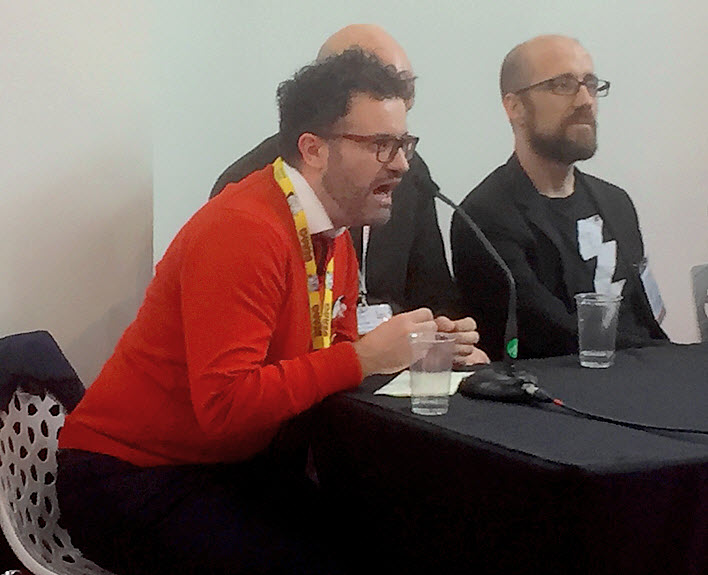 Question and Answer, Newsstands and Bookstores

“You’re doing two jobs. You’re the monthly comic book writer who half the audience is following and the writer for the other half of the audience who is buying a collection every six months…it makes the financial collection viable.”Kieron Gillen, writer

Rich Johnson: So what have you guys been doing about the problems of the newsstands?

Tom Fickling: We’re not trying to make the newsstand work.

Our business model is based on turning the comic strips inside The Phoenix into graphic novels. We have the Phoenix Presents series with 20 books and have sold about 100,000 copies.

Mike Stirling: We hope our entertainment studio will create a bigger audience for the comic.

Beano.com is a different format from the comic because it’s meant to cast a wider net. The ironic thing is that since we finished [the site], the downloads of the digital comic have increased by almost 200 percent—as have paper subscriptions by 70 percent.

Ben Smith: The bookstore is essential for this now. The newsstand isn’t where kids look for stuff any more. We do books, collections of classics, and new comics at different price points. Digital has been a huge success for us.

We’re also a tech company, so we built our our own device-agnostic app and have been DRM-free since 2006.

So you own your content, and read it on any device that you’re on.

Rich Johnston: What happens then when the comic is adapted and moves into other territories? Tom, you famously described The Phoenix as an IP-generating factory, do you represent some of the work you publish?

Tom Fickling: Yes, some of it. The game rights, the film rights–these help make us profitable and help fund future investment.

Ben Smith: There always has been, and always will be, a tension between creator-owned things and things owned by companies.

If you want cultural icons to last 100 years, then an individual can’t do it. You need a company to support that. The future of British comics is finding that balance.

Rich Johnson to Ben Smith: I just want to talk briefly about Rebellion’s history with IP. You’ve just announced that you’re letting other developers use your IP?

Ben Smith: We’re only a company of 250 people so you can’t make every computer game from every comic book character. The question is how can you best be the guardians of these cultural icons?

We decided to let other computer games developers work on 2,000 AD IP. People who we trust and think are creative people. This is the kind of thing we’re looking to do with TV and films.

It can also go the other way. Why not a comic based Sniper Elite? [Rebellion’s best selling video game]

Rich Johnston: What about your journey from the newsstands to the bookshops? 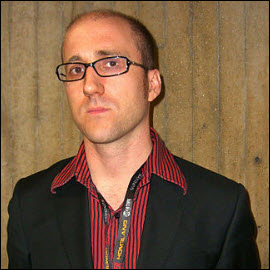 Kieron Gillen, comic book writer and founder of creator owned comics Phonogram and The Wicked + The Divine: Well, you do feel grown up, having an event at a bookstore.

What you do become aware of that is you’re doing two jobs. You’re the monthly comic book writer who half the audience is following and the writer for the other half of the audience who is buying a collection every six months.

The problem is the monthly book is a loss leader but it makes the financial collection viable.

Tom Fickling: Same here. The weekly comic pays for the books. We want to do more comics.

Mike Stirling: Books and bookstores are an amazing opportunity for comics. 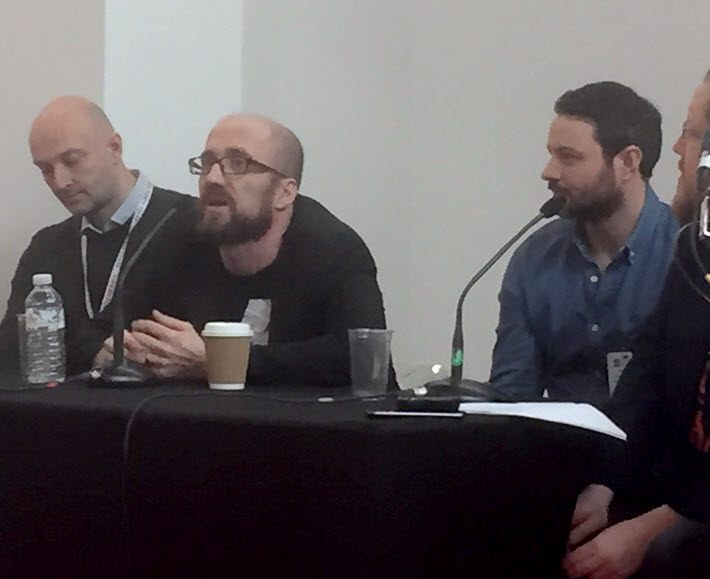